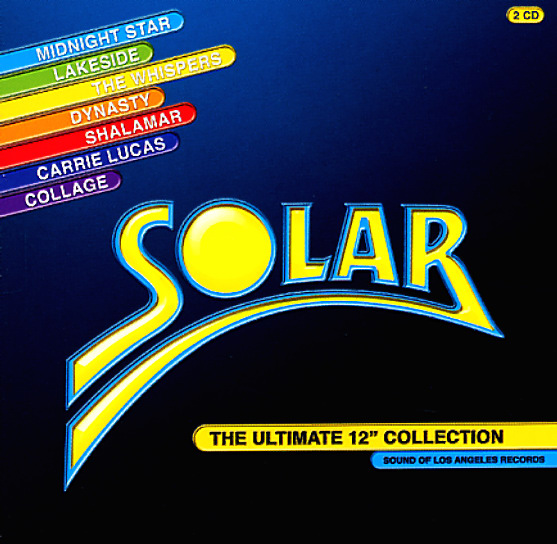 A treasure trove of twelve inch singles from Solar Records – the west coast powerhouse for uptempo soul! Most of the numbers here date from the early 80s years when Solar were totally on top of their game – really dominating mainstream soul of the time in the same way Philly International did a decade before. The 2CD set features 12" mixes for all tracks – which mean that most are longer than the LP versions – and most grooves here are in a bumping, stepping, or boogie-oriented mode – post-disco with plenty of great west coast R&B touches. Titles include "Midas Touch" and "Scientific Love" by Midnight Star, "Show Me Where You're Coming From" and "Dance With You" by Carrie Lucas, "Call Me" by Bill Wolfer, "There It Is" and "Night To Remember (US ext mix)" by Shalamar, "No Pain No Gain" and "Rock Steady" by The Whispers, "I Don't Wanna Be A Freak" and "Love In The Fast Lane" by Dynasty, "It's All The Way Live" and "One Minute After Midnight" by Lakeside, "Classy Lady" by Leroy Hutson, "Romeo Where's Juliet" and "Winners & Loser" by Collage, "Street Beat" by The Deele, and "Come Back Lover" by The Sylvers.  © 1996-2021, Dusty Groove, Inc.