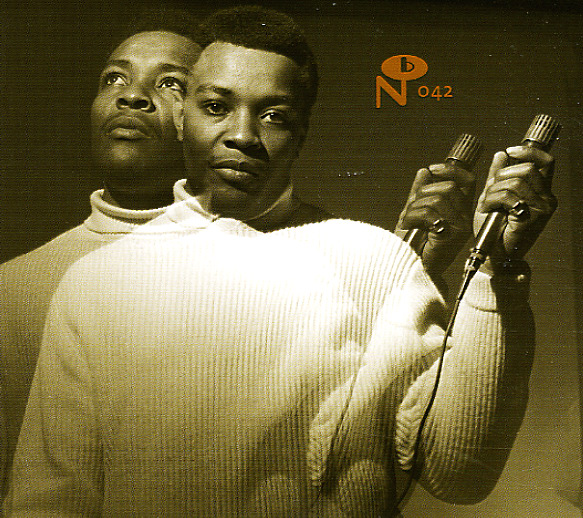 An amazing set of music – two rare albums from Ohio funk legend Lou Ragland, plus bonus tracks, and a whole set of unreleased sessions too – a huge amount of new music, even if you've got some of the previous reissues! First up is the legendary Hot Chocolate album – one of the greatest lost funk records of all time! The group is not the British pop band, but an Ohio funk group led by the great guitarist Lou Ragland. The album's originally from Canada, which makes it super rare – and these guys are funky funky funky, and kick some major booty with a heavy guitar sound that's just great! Some of the cuts are instrumental, and some of them have some excellent soul vocals that are produced with a nice deep sound that's brought out nicely by the excellent quality of the reissue. The record's got a bit of Sly Stone, a bit of Grant Green, and a bit of Mike James Kirkland – with a tasty raw indie soul vibe – and the original album was only pressed up at 500 copies. Titles include "So Dam Funky", "Ain't That A Groove", "Sexy Moods Of Your Mind", "Messin With Sly", and "What You Want To Do" – plus 8 more tracks from the same vintage – "Good For The Gander" by Hot Chocolate, "I Travel Alone" and Big Wheel" by Lou Ragland, "Red Robin" and "I've Got Something Going On" by Volcanic Eruption, and "I Can't Take It" and "What The Doctor Prescribed" by Lou Ragland & Hot Chocolate. Next is The Conveyor – the second album from Lou Ragland, stepping out here in a great set of mellow soul tracks! The album's quite different from the heavy funk of the Hot Chocolate album – more of a message-oriented approach to soul, in the vein of similar 70s indie work by Mike James Kirkland. The arrangements are also bigger – not smooth, but ambitious, in a style that perfectly matches the higher vision Lou's going for in tracks like "Understand Each Other", "What Should I Do?", "The Next World", and "It's Got To Change". Conveyor also comes with bonus tracks too – "Tend To Your Business" by Wildfire, plus "Since You Said You'd Be Mine" and "I Didn't Mean To Leave You" by Lou Ragland. And last up is an incredible batch of unreleased material – maybe the biggest and best so far from Ragland – tracks that have this really ambitious quality that mixes soul, funk, and larger orchestrations – especially some light strings, which really expand the sound, and push the music into this righteous territory that reminds us a lot of the creative experiments in Chicago during the Cadet/Concept years! Lou's vocals are great, and the message is totally righteous – and even though the tape quality is slightly aged, the soulful vibe really comes through – on cuts that include "Understand Each Other", "It Ain't My Fault", "Could It Be I'm Falling In Love", "Spend My Life Loving You", "Until I Met You", and "Brother Louie". Lovingly packaged by Numero – with a huge booklet of photos and history!  © 1996-2021, Dusty Groove, Inc.