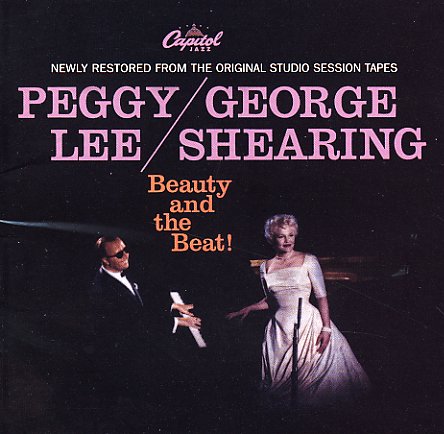 Beauty & The Beat (with bonus tracks)

A very nice small combo album from Peggy Lee – singing here with live backings by the George Shearing Quintet, in a style that's very different from a lot of her other work for Capitol! The set's got a slight Latin feel, thanks to George's mix of percussion, vibes, piano, and guitar – and Peggy's never sounded better, stepping out strongly on tunes that include "Do I Love You", "Get Out Of Town", "There'll Be Another Spring", and "Mambo In Miami". Features 2 bonus tracks.  © 1996-2021, Dusty Groove, Inc.
(Out of print, small cutout notch through spine.)