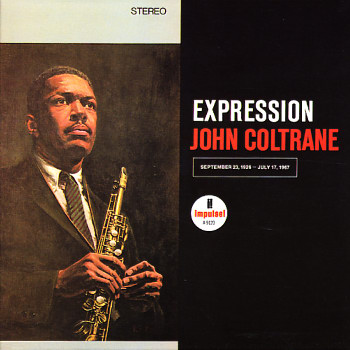 The first Impulse album issued after the early death of John Coltrane – and one of his last sessions for the label as well! The record's got a somber, introspective quality that almost hints at the darkness to come – a new way of reaching the spiritual planes that Coltrane was striving for in his music, but with gentler, more individual energy than before. Alice Coltrane plays piano on all tracks, and Coltrane plays tenor throughout – except for the long track "To Be", which has him on flute and Pharaoh Sanders on piccolo! There's a quality here that's almost like some of Alice Coltrane's later work as a leader – very warm, and almost meditative at times. Titles include "To Be", "Offering", "Expression", and "Ogunde".  © 1996-2022, Dusty Groove, Inc.