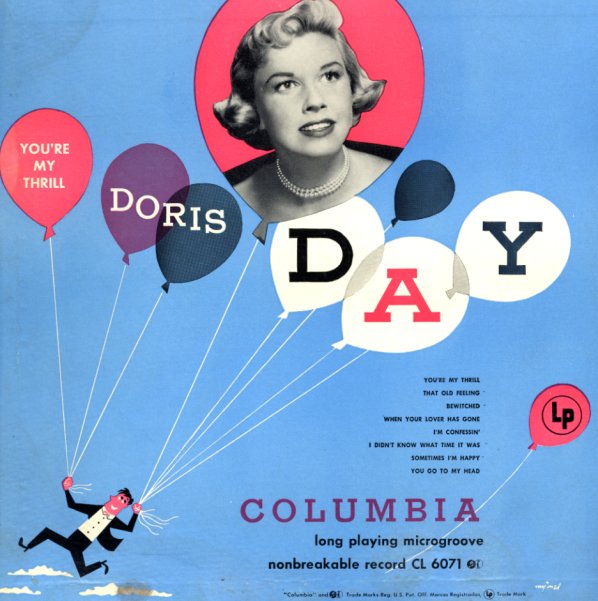 (Mono red and gold label pressing. Cover has light wear and aging, with a small piece of yellowed tape at the top seam.)