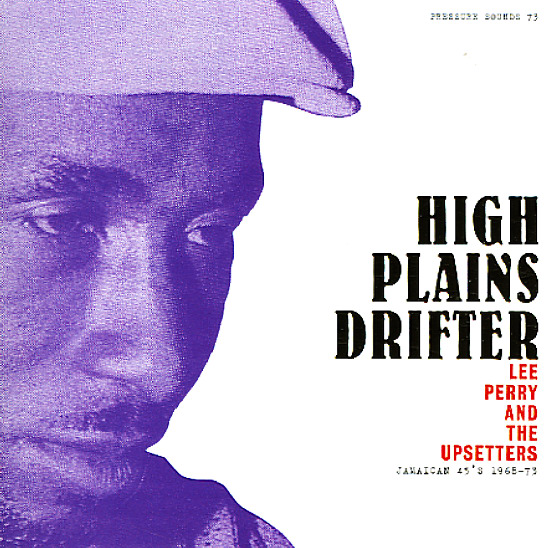 A stunner! High Plains Drifter collects material from the mighty Lee Perry during the crucially creative and fertile period between 1968 & 1973 – in which he founded the Upsetter imprint and had some chart success. It was such a productive period, resulting in hundreds of singles and a number of albums, that a whole bunch of incredible music made during it has been pretty badly overlooked over the years! This set on the always great Pressure Sounds puts together 20 of those – many of them simmering with quite a funky sound! Killer organ grooves and smoking rhythms highlight numbers by Val Bennett, The Mellowtones, The Ethiopians, Junior Byles and, of course, the amazing Upsetters! Glen Adams and Winston Wright handle those organs, sax by Tommy McCook, bass by Aston Barrett, trumpet by Bobby Ellis and other legendary instrumentalists, plus Lee Perry on percussion and production. Includes "Val Blows In" by Val Bennett & The Upsetters, "Boss" by Count Sticky & The Upsetters, "High Plains Drifter", "The Man With No Name" and "Amigo" by The Upsetters, "It's Growing" by Busty Brown & The Upsetters, "What's Wrong With You" by The Bleechers, "He Don't Love You" by The Silvertones, "Awake" by The Ethiopians, "A Big Joke" by Lee Perry & The Upsetters, "Rockfort Psychedelion" by Count Sticky & The Upsetters, "Iniquity Workers" by The Faithful Brothers, "Rip Up Festival '71" by Junior Byles & Righteous Upsetters and more.  © 1996-2021, Dusty Groove, Inc.