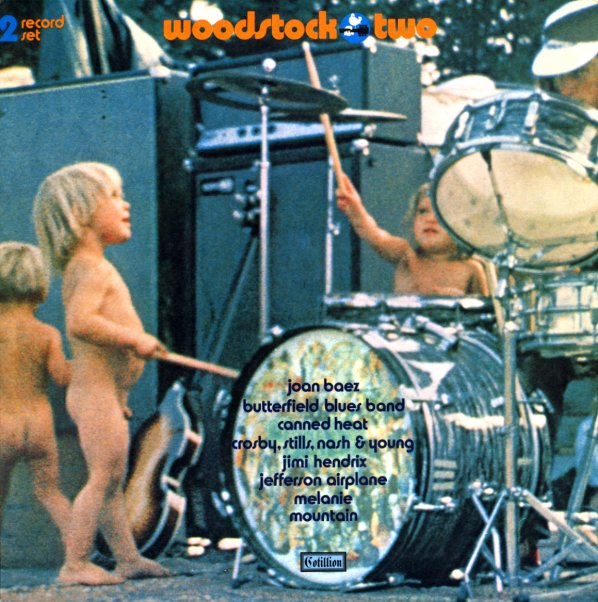 The second part of this famous concert soundtrack recording, and still with lots of essential material – a full side of Jimi Hendrix performances, plus more from Jefferson Airplain, Crosby Stills Nash & Young, Melanie, Mountain, Canned Heat, and Butterfield Blues Band – and the audience at the concert singing "Let The Sunshine In" during a rainstorm on Sunday!  © 1996-2021, Dusty Groove, Inc.
(Cover has light edge wear.)

Loaded
Cotillion, 1970. Very Good
LP...$89.99
The end of the road for the Velvet Underground – but a set that's also one of the group's best-remembered albums too! The record marked a big shift for the group – a move to Atco from Verve, continuing to work without John Cale – and the sound is possibly more rockish and ... LP, Vinyl record album