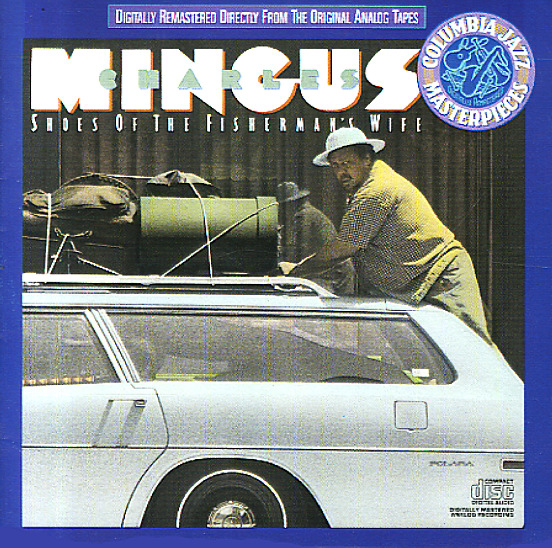 80's reissue that brings together tracks from two different Mingus Columbia sessions – one from 1959, and one from 1971. The '71 material is the extended "Shoes of The Fisherman's Wife Are Some Jive Ass Slippers", which is one of Mingus' best works from the decade. The other tracks are shorter, and were originally presented in edited form on the Mingus Dynasty album – but they're offered here in longer versions that include the previously-edited material. Titles include "Song With Orange", "Slop", and "Gunslinging Bird".  © 1996-2021, Dusty Groove, Inc.
(Out of print.)

Blues In Orbit
Columbia, 1959. Used
CD...$1.99
Deep and bluesy work from the all-star Ellington group of the late 50s – a beautifully recorded album that moves way past the simple cliche of its title! The set features a host of original tunes from Duke Ellington and other members of the group – and players include Jimmy Hamilton on ... CD