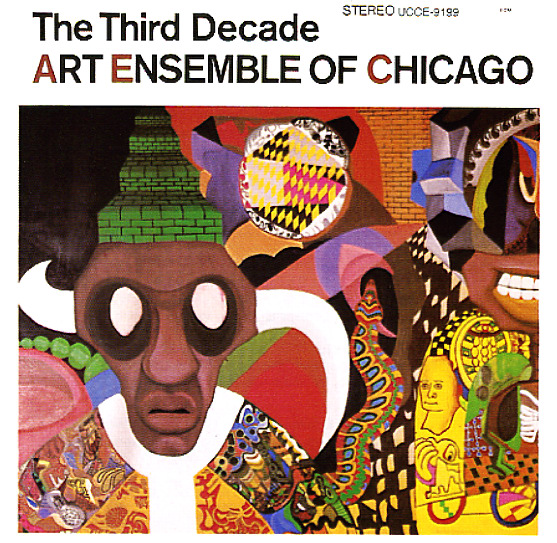 A surprisingly great little album – recorded on the occasion of the Ensemble's third decade in music, and a record that sounds a lot better than we remember! At the time of release, we kind of "pooh poohed" this one because of its divergence from some of the group's other styles – some tracks are straighter, more composed, and less improvised; others use a larger sound palette, and go for themes that are almost sentimental and nostalgic at times. Yet somehow, going back to this one, we're stunned at how interesting we find the whole thing – as each track seems to offer up a new surprise, and the series of musical visions expressed shows how much the group had grown during their time together. Includes the wonderful "Prayer For Jimbo Kwesi", the percussive jammer "Third Decade", the sonorously-wonderful "Bell Piece", and the tracks "Walking In The Moonlight", "Zero", and "Funky AECO".  © 1996-2022, Dusty Groove, Inc.
(Out of print.)

Now This
ECM (Germany), 2015. Used
CD...$12.99
Gary Peacock's bass has always had a wonderful home on the ECM label – one of the few places its deepest, most powerful tones can really come to light – as they do strongly on this well-balanced trio recording with Marc Copland on piano and Joey Baron on drums! All three players are ... CD