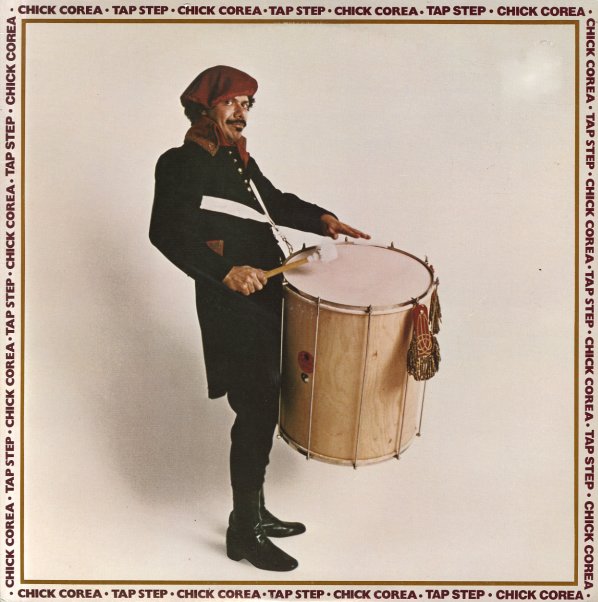 Sundance (2nd cover)
Groove Merchant, 1969. Near Mint-
LP...$14.99
A really unusual album from the mighty Chick Corea – a set recorded at the end of the 60s, at a time when Chick's star was just beginning to rise – but in a style that's both very different than his famous material of the 70s, and his avant fame as part of the group Circle! Chick's ... LP, Vinyl record album

Akoustic Band
GRP, 1989. Near Mint-
LP...$29.99 (CD...$4.99)
In the electric universe of the GRP label, Chick Corea makes a bold move with his Akoustic Band here – even if the overall conception of the cover and the group's fashions have kind of an "electric" 80s look to it! The group here is a trio – with John Patitucci on bass and ... LP, Vinyl record album

Three Quartets
Warner, 1981. Near Mint-
LP...$16.99
A great straight set from Chick Corea – one that has him playing acoustic piano throughout, and reclaiming some of the bolder jazz territory he first forged in the 60s! The tracks are long and soaring – very soulful in their construction, and played in a dynamic way that's surprisingly ... LP, Vinyl record album

Secret Agent
Polydor, 1978. Very Good+
LP...$3.99
A sweet little set from Chick Corea – one that's got a bit of a Return To Forever vibe at times, but maybe taken down into tighter territory overall – which makes for pure jazz funk greatness throughout! Some tunes have a nice sense of groove – the choppy fusion of RTF, but more ... LP, Vinyl record album

Song Of Singing
Blue Note, 1970. Very Good+
LP...$14.99
A key album in Chick Corea's shift from Latin jazz to arch-modern – recorded with Circle bandmates Dave Holland on bass and Barry Altschul on drums, and done with a free sound that's quite unusual for Blue Note at the time! Chick's out on this one – way out – in that free mode of ... LP, Vinyl record album

My Spanish Heart
Polydor, 1976. Very Good+ 2LP Gatefold
LP...$9.99
Given that Chick Corea first got his start working in the New York Latin scene back in the 60s, the album's a bit of a return to his roots – even if the general theme here is Spanish, and not Afro-Cuban! The Corea Spanish Heart here is cast in some darker, more contemplative tones than more ... LP, Vinyl record album

Very Best Of Bird
Dial/Warner, Late 40s. Very Good+ 2LP Gatefold
LP...$7.99
An essential set of tracks – as it includes most of the best master takes from Parker's legendary Dial Recordings! The material is floating around a lot on CD these days, but this great set is just about the best way you can hook yourself up with the tracks on vinyl – as it includes ... LP, Vinyl record album

Larry Carlton
Warner, 1978. Near Mint-
LP...$6.99
With Greg Mathieson on keys, Abraham Laboriel on bass, Jeff Porcaro on Drums, and Paulinho Da Costa on percussion. Titles include "Room 335", "Point It Up", "Rio Samba", "I Apologize", and "Don't Give It Up". LP, Vinyl record album