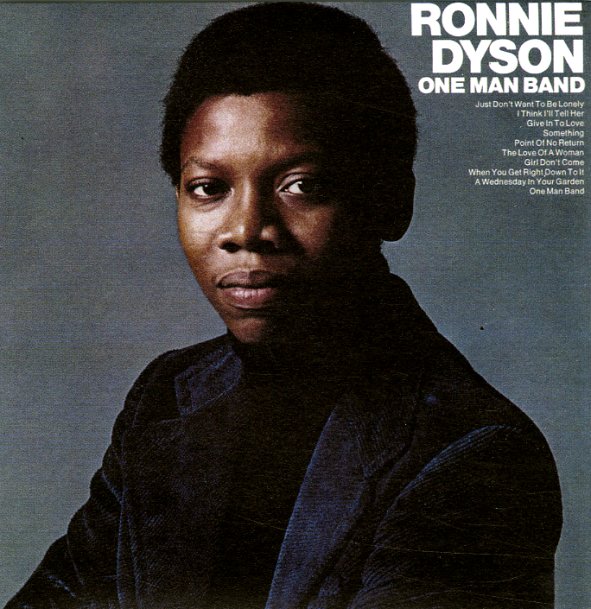 Ronnie Dyson's standout set from the start of his career – a beautiful batch of Philly soul tunes that get some key help from the team of Thom Bell and Linda Creed! Bell produced and arranged part of the set – with other help coming from Stan Vincent and Billy Jackson – all of whom really get the right idea for Ronnie's amazing voice – and really help him find a way of stepping past his previous career on the stage! Some of the best cuts that mix of fragile and groovy that was really working at the time for harmony groups like The Delfonics or The Stylistics – a mode that takes Dyson far past his work in Hair, to a mode that has him almost doing better on his own than any other contemporaries from the show. The set features the sublime cuts "One Man Band", "Just Don't Want To Be Lonely", "I Think I'll Tell Her", "When You Get Right Down To It", "Give In To Love", "Girl Don't Come", "Love Of A Woman", and "Point Of No Return".  © 1996-2021, Dusty Groove, Inc.
(Cover has ring wear, edge wear, and some aging.)