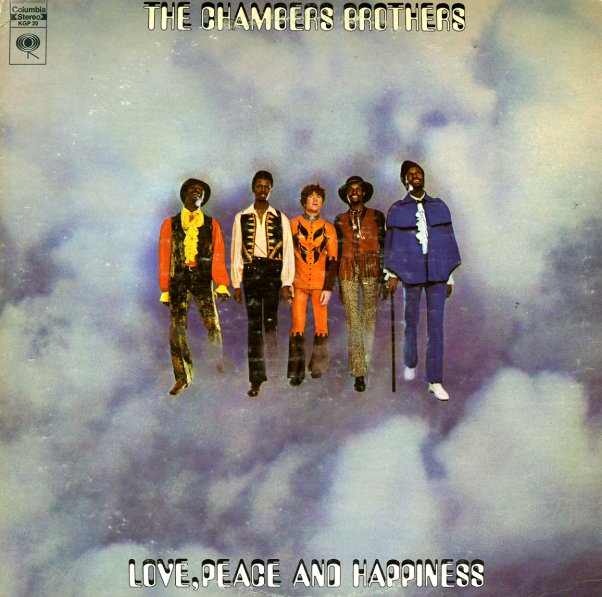 A 2LP set of work by The Chambers Brothers – one studio disc, and one live one, recorded at the height of their fame before a very lively audience! Disc one features Love Peace & Happiness – a set that features a number of original tracks, played with a harder soul feel than some of their other records at the time. Includes the extended "Love Peace & Happiness" suite, plus the funky "If You Want Me To", and "Have A Little Faith", "Wake Up", and "Let's Do It". Disc two features a live set at the Fillmore East – with Chambers-y versions of tunes like "People Get Ready", "Everybody Needs Somebody", "I Can't Turn You Loose", "Bang Bang", and "You're So Fine".  © 1996-2022, Dusty Groove, Inc.
(Stereo 360 Sound pressing with white text. Cover has light wear and aging.)

Unbonded
Avco, 1973. Very Good+
LP...$4.99
A sweet 70s session from The Chambers Brothers – one that's more electric and less rootsy than before, and which gets some nice pop soul arrangements from Tony Camillo! Camillo brings in a compressed groove that could almost get the group on the radio – losing the folksy and rock-ish ... LP, Vinyl record album