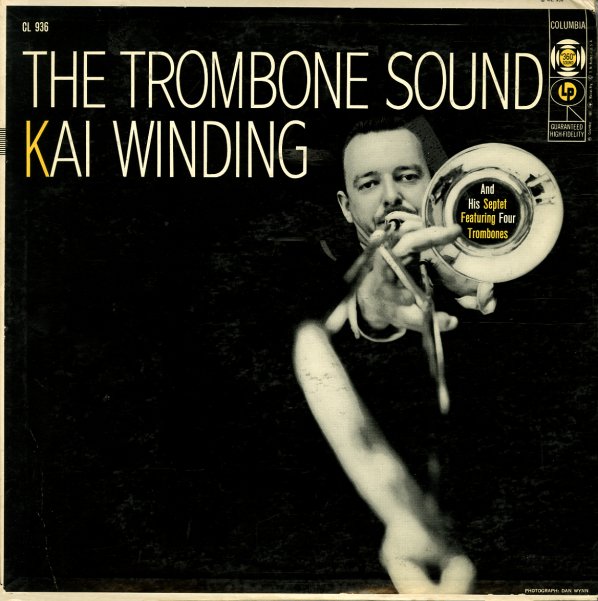 The trombone sound of Kai Winding is firmly in place – as he solos in the lead of a septet, with 4 extra trombones in the mix to give the record a nice bass-y sound! Arrangements are by a number of members of the band, and players include Wayne Andre, Carl Fontana, Jack Franklin, and Kenny O'Brien. Titles include "Blue Room", "My Little Girl", "Whistle While You Work", "Captain Kut-cha", "I Want To Be Happy", "Sunday", and "Jim & Andy's".  © 1996-2021, Dusty Groove, Inc.
(Mono 6 eye pressing with deep groove. Cover has light wear, aging and some seam splits.)