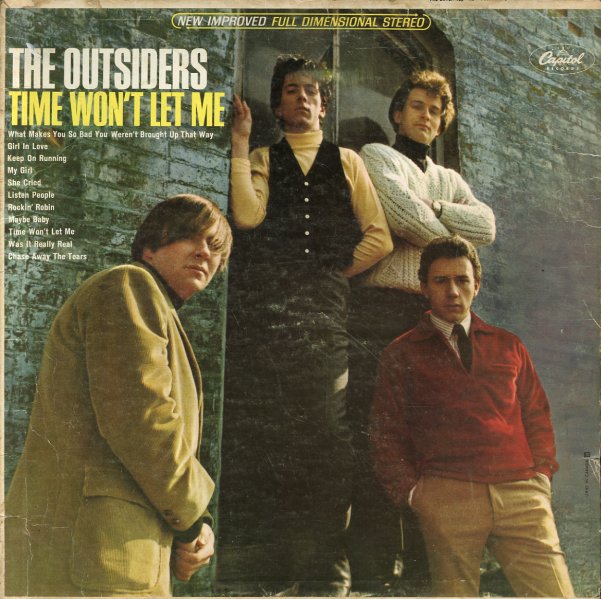 Titles include "Time Won't Let Me", "Listen People", "Keep On Running", "She Cried", "What Makes You So Bad You Weren't Brought Up That Way", and "Was It Really Real".  © 1996-2022, Dusty Groove, Inc.
(Mono rainbow label pressing with IAM stamp. Cover has some wear with splitting in the bottom seam.)