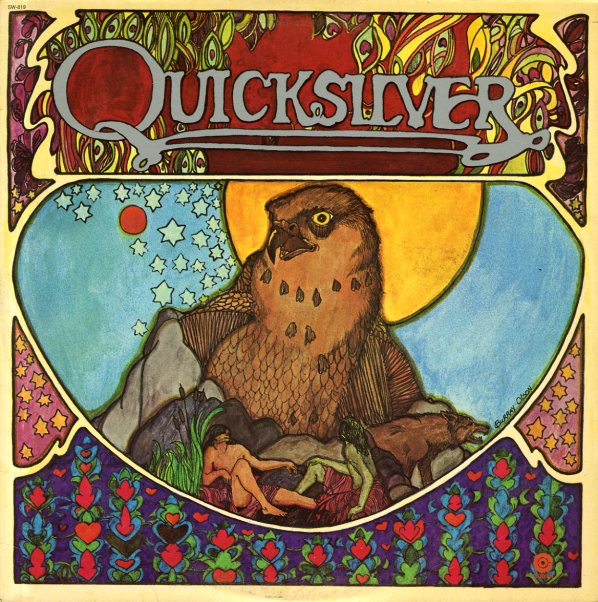 (Red label pressing. Vinyl has a small indentation on track two of each side, but plays great! Cover has light wear and aging.)

Happy Trails
Capitol, Late 60s. Very Good+
LP...$11.99
A perfect example of the jamming style of Quicksilver Messenger Service at their best – as side one features a 25 minute extrapolation of Bo Diddley's "Who Do You Love", stretched out by the group into these wicked long guitar lines and pulsating rhythms that shift nicely over time! ... LP, Vinyl record album