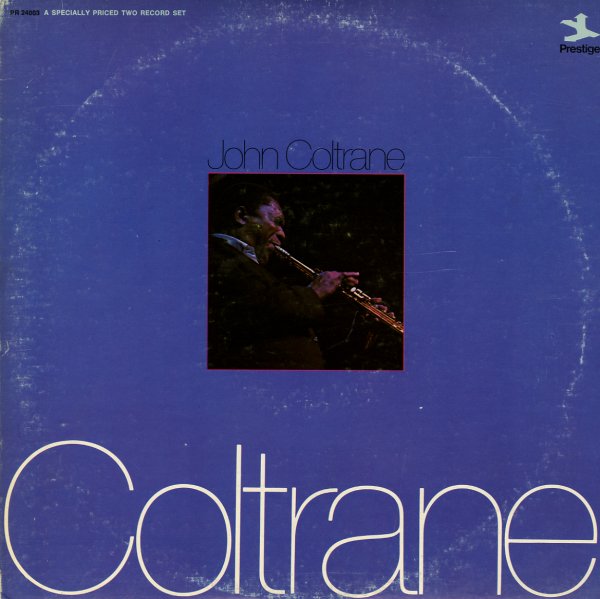 2 classic John Coltrane albums in a single set! The package first offers up Traneing In – a beautiful album that more than lives up to its evocative title – an early session from John Coltrane, filled with long tracks that slide along brilliantly! As with many other classic Prestige albums from Trane, backing is by the trio of Red Garland piano, Paul Chambers bass, and Art Taylor drums – all holding back nicely when Coltrane opens up on his solos, but also coloring the tunes with soulful lyricism in a masterful understatement. The sound is about as classic as you can get during these early years in The Great One's career – and titles include "Traneing In", "Slow Dance", "Soft Lights & Sweet Music", and "Bass Blues". Next is Soultrane – a bold early statement from a young John Coltrane – and an album that really has him expanding his talents as a tenor soloist! Coltrane's working here in open-ended quartet format – with backing from the Red Garland trio that includes Paul Chambers and Art Taylor – on a set of longer tunes that really let the young Trane stretch out on his solos, unobstructed by any other horns in the lineup. There's a nice mix of hardbop ideals, gentle ballads, and personal soul to the set – and titles include Coltrane's classic reading of Tadd Dameron's "Good Bait", plus "I Want To Talk About You", "Russian Lullaby", and "Theme For Ernie".  © 1996-2023, Dusty Groove, Inc.
(Green label pressing. Cover has light wear, aging, and a small stain in front.)