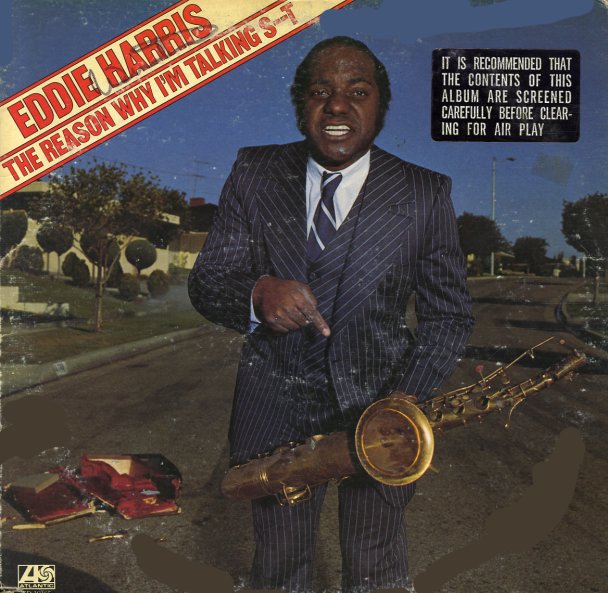 A very interesting album from Eddie Harris – one that's more of a comedy album than a jazz record – honest! Most of the record features Eddie performing his own comedy material – pretty blue stuff with lots of bad-rapping and profanity – possibly trying to cash in on the Rudy Ray Moore tip. A few cuts feature some backing by a combo that includes Paul Humphrey on drums and Odell Brown on organ – helping Eddie to set the scene and change the mood. Titles include "People Getting Ready To Go See Eddie Harris", "Are There Any Questions", "The Next Band", "Brother Soul", "Eddie Atlantic", and "Singing & Straining".  © 1996-2021, Dusty Groove, Inc.