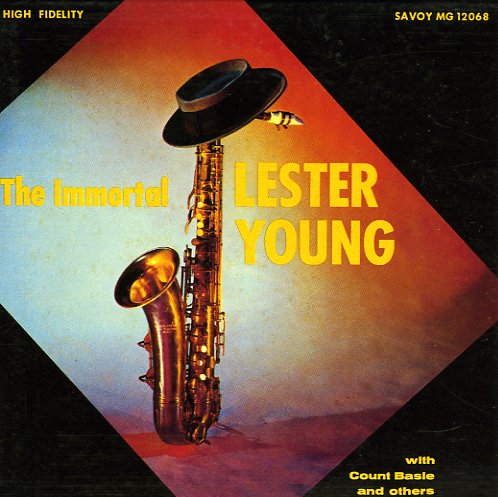 A collection of earlier sides that Young recorded for Savoy, released after his death, and featuring various small groups that include such players as Freddie Greene, Count Basie, Junior Mance, Roy Haynes, Billy Taylor, and Cozy Cole. Tracks include "Blues N Bells", "Ghost Of A Chance", "These Foolish Things", "Exercise In Swing", "Ding Dong", and "June Bug".  © 1996-2020, Dusty Groove, Inc.
(Maroon label pressing with RVG etch. Cover has light wear, a small peeled spot from tape removal at the spine, and a bit of pen on back.)