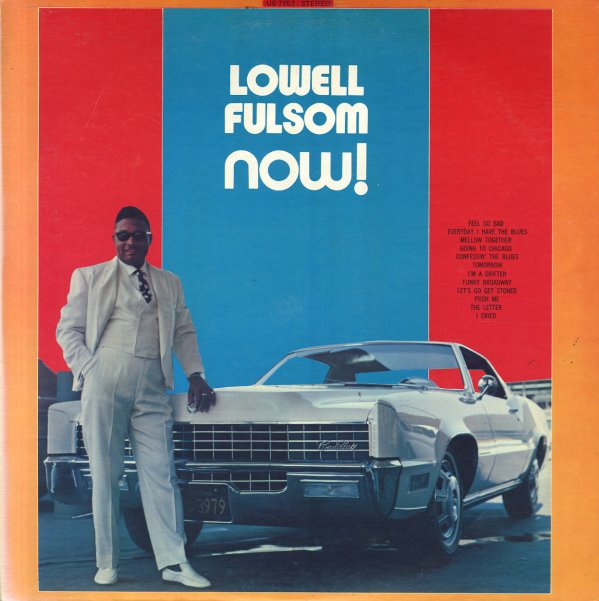 Very nice work from Lowell Fulsom – strongly in the mode of his Tramp album for Kent, with a mix of blues and 60s soul, coming together in a sock-hard style that's much better than a lot of Fulsom's other work for other labels! Arrangements are by Rene Hall and Maxwell Davis – the latter of whom does a surprisingly great job on giving up a sharper edge than we remember in his other work. About half the set's straight blues, but the half that's not is nice and funky – including the "Tramp" follow-up "I'm A Drifter", a nice cover of "Funky Broadway", and the cut "Let's Go Get Stoned". Other titles include "Feel So Bad", "I Cried", "The Letter", "Tomorrow", and "Mellow Together".  © 1996-2021, Dusty Groove, Inc.
(Purple label United pressing. Cover has some discoloration from age and light wear.)

Sergio Mendes & Brasil '88
Elektra, 1978. Near Mint-
LP...$7.99
The title says "88", but the album's from 1978 – and it's one of Sergio's great sets from the 70s that mixes older Brazilian roots with sweeter American soul! The sound is really wonderful – almost more LA than Rio, but still with plenty of Brazilian elements filtered into ... LP, Vinyl record album

Please Sunrise
Brunswick, 1972. Sealed
LP...$9.99
Sweet vibes from the great Lionel Hampton – sounding different here than both his early swing years, and his later small combo modes – and working in a style that has his instrument in the lead over hip Chicago soul backings from the team at Brunswick Records! The album's got a nicely ... LP, Vinyl record album

Sapo
Bell, 1974. Very Good
LP...$59.99
A killer bit of Latin funk from the west coast scene of the 70s – the only album we've ever seen from Sapo, but a set that almost blows away the efforts of bigger groups like Malo or El Chicano! There's a bit more funk in the mix here than in some of the group's contemporaries – a ... LP, Vinyl record album