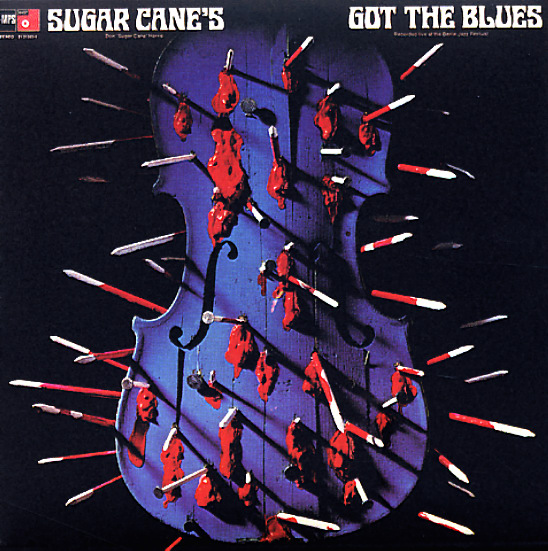 A really tripped-out, messed-up session from Don Sugarcane Harris – recorded live in Berlin, but with a freaky experimental style that's much farther out than most of his studio work! The group here is totally hip – a combo of mad hippies that includes Robert Wyatt on drums, Wolfgang Dauner on keyboards and electronics, and both Terje Rypdal and Volker Kriegel on guitars – playing with twin electric frenzy that adds a lot of great sound to the album! Sugarcane plays electric violin and sings just a tiny bit – and despite the "blues" in the title of the record, the album's more of a freaked-out fusion record than anything else – in the best MPS electric tradition of the time, thanks to the presence of Dauner and Kriegel. Titles include "Sugar Cane's Got The Blues", "Where's My Sunshine", "Liz Pineapple Wonderful", and "Song For My Father".  © 1996-2021, Dusty Groove, Inc.
(Out of print.)

Tristeza – On Piano
MPS, 1970. Used
CD...$4.99 (LP...$7.99)
A wonderful set of laidback tracks from Peterson – featuring a good mix of tunes from Brazilian sources, soundtracks, and a few nice 60s pop numbers! The group here features Sam Jones on bass and Bob Durham on drums – and while the album might have sparkled a bit more with some added ... CD