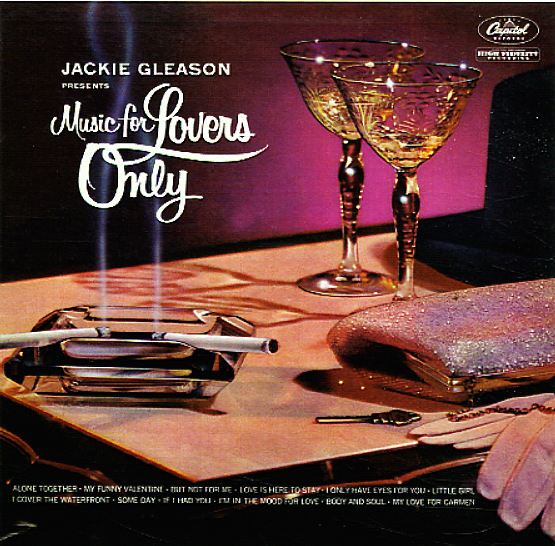 Music For Lovers Only (10-inch)

Music for lovers – and some languid lovers at that – thanks to some perfect mellow moods set by Jackie Gleason! The set's one of Jackie's undisputed classics for Capitol Records in the 50s – perfect sounds to woo a winsome lass, made slightly sexier by some great trumpet solos by Bobby Hackett – a player whose horn always seemed plenty at home amidst the larger arrangements provided by Gleason. And while Jackie's performances on TV were always pretty dynamic and explosive, his sound on record is something else entirely – as you'll hear on tracks that include "Alone Together", "Body & Soul", "I'm In The Mood For Love", and "Love Is Here To Stay".  © 1996-2023, Dusty Groove, Inc.
(Purple label pressing. Cover has some wrinkles from application in front, some surface wear, and aging in back.)