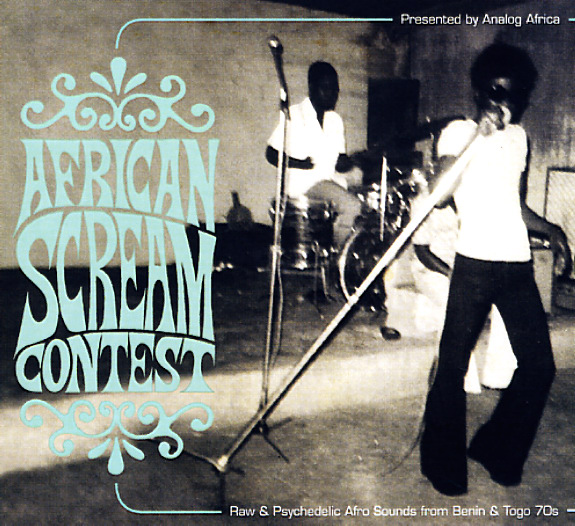 One of the coolest African collections we've seen in years – a beautiful assortment of untapped grooves from the 70s, put together with a massive booklet that sets a whole new standard in packaging! The grooves here are different from other Afro Funk collections of the time – definitely more in the raw and psychedelic territory promised by the title, and filled with hard-edged vocals that surely know how to scream! There's still plenty of funk in the rhythms, but the execution is often quite unusual – less directly influenced by American soul, and very much off in its own direction. Lots of choppy guitar, too – and the set comes with a massive 42 page booklet filled with full color images and loads of notes. Titles include "Gbeti Madjro" by Orchestre Poly-Rhythmo De Cotonou, "Mi Ma Kpe Dji" by Picoby Band D'Aborney, "Mi Kple Dogbekpo" by Lokonon Andre & Les Volcans, "Oya Ka Jojo" by Les Volcans De La Capital, "Ou C'Est Lui Ou C'Est Moi" by Vincent Ahehehinnou, "Wait For Me" by Roger Damawuzan, "Leki Santchi" by Napo De Mi Amor Et Ses Black Devils, "Ye Nan Lon An" by Orchestre Super Jheevs Des Paillotes, and "Houiou Djin Nan Zon Aklumon" by Discafric Band.  © 1996-2022, Dusty Groove, Inc.
(Includes slipcase and large booklet.)

Take One
Analog Africa (Germany), Mid 70s. Used
CD...$16.99
Early work Zimbabwe legends Hallelujah Chicken Run Band – a group that was an early showcase for the vocal talents of the equally legendary Thomas Mapfumo! The set's not just a Mapfumo showcase, though – as the sound here resonates strongly from the whole group – nice harmonies ... CD