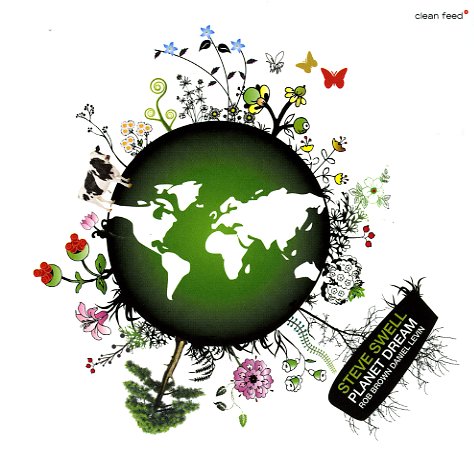 Bracing work from a trio of young moderns – Steve Swell on trombone, Rob Brown on alto sax, and Daniel Levin on cello! The album's partially under Swell's leadership, as half the tunes are his own compositions – but some of the best numbers here are improvisations, which are equally weighted to the talents of all three players – recorded in very open, abstract territory. Titles include "Out Of The Box", "Airtight", "#2 Of Nine", "Not Necessarily This Nor That", "Planet Dream", "Juxtsuppose", "Texture #2", and "City Life".  © 1996-2021, Dusty Groove, Inc.

Age Of Chaos
Clean Feed (Portugal), 2019. Used
CD...$9.99
One long piece, played with searing intensity by the trio of Cene Resnik on tenor, Giorgio Pacorig on piano, and Mark Lasic on drums – joined here by Rob Mazurek on some great pocket trumpet too! The piece builds with this resonant interplay between all four forces in the quartet – and ... CD

Sing Me Some Cry
Clean Feed (Portugal), 2017. Used
CD...$9.99
The bass of Eric Revis sounds better than we ever remember – and that's saying a lot, because we've really liked his other records too! Yet here, it almost feels like Revis is out to re-state himself as a musician – coming on strong with a tone that could put him up there with the ... CD

Ain't Nothing But A Cyber Coup & You
Clean Feed (Portugal), 2019. Used
CD...$9.99
Bassist Mark Dresser has a great group here – one that features flutes from Nicole Mitchell and reeds from Marty Erlich – both players whose sense of energy really helps define the spirit of the set! Erlich is especially nice – maybe more striking than we've heard in years – ... CD

Singing To A Bee
Clean Feed, 2006. Used
CD...$7.99
Will Holshouser on accordion, Ron Horton on trumpet, and David Phillips on double bass. CD

Stamps
Clean Feed (Portugal), 2018. Used
CD...$9.99
A pretty great little album of solo piano – one that not only has a different vibe, given that Mattias Risberg also uses a moog Taurus – but also because the piano here seems to be both normal and "prepared"! Risberg has a great way of pulling out odd sounds that are still ... CD