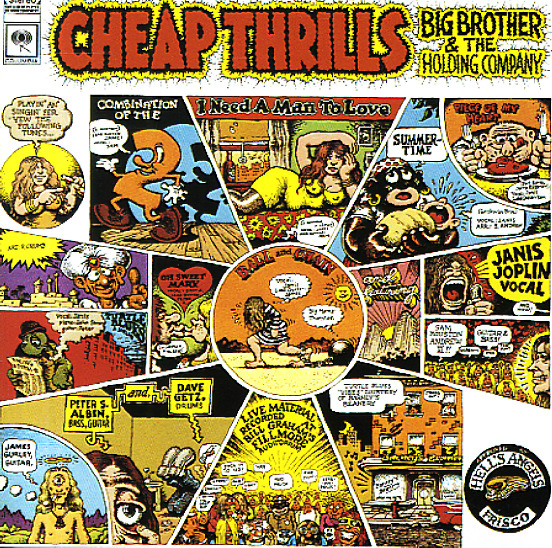 Cheap Thrills, maybe – but they cut deeply and last forever! This is one of greatest albums by Big Brother & The The Holding Company – and it's also one of the most important in cementing the legacy of singer Janis Joplin. The raw manic energy of the group at their live best is somehow bottled and presented on record as perfectly as ever could be – and even better are the delicate moments that show such an incredible depth! Titles include "Turtle Blues", "Oh Sweet Mary", "Ball & Chain", "Summertime", "Piece Of My Heart", and "I Need A Man To Love".  © 1996-2022, Dusty Groove, Inc.