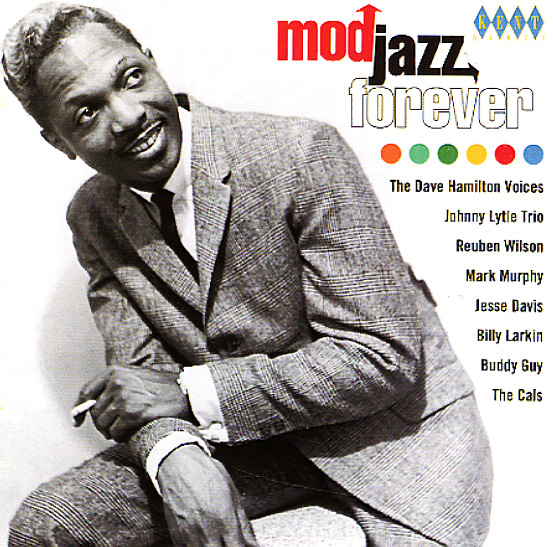 Crisply-tailored, yet soulful and groovy mod jazz from the 60s – a slew of great numbers by Byrdie Green, Johnny Lytle, Mark Murphy, Reuben Wilson, The Nightbeats, The Cals, Billy Larkin, Johnny Hammond Smith, Byrdie Smith and more! Lots of great stuff here, from names synonymous to moddish jazz and others that nicely fit that mold for a bit – cats like Buddy Guy, for instance. A sweet, sweet set from the passionate compilers at Kent UK! Includes "The Real Thing" by Troy Dodds, "Finders Keepers" by Floyd White, "Rod Run" by The Reuben Wilson Quartet, "Talkin' About Love" by Tobi Lark, "Screamin'" by Jack McDuff, "Double Love" by The Cals, "Tricky Too" by Gus Jenkins, "Fever" by Buddy Guy, "Work Song" by Clint Stacy, "My Beat" by George Stone, " It's Like Love" by Mark Murphy, "The Village Caller" by The Johnny Lytle Trio and more.  © 1996-2022, Dusty Groove, Inc.