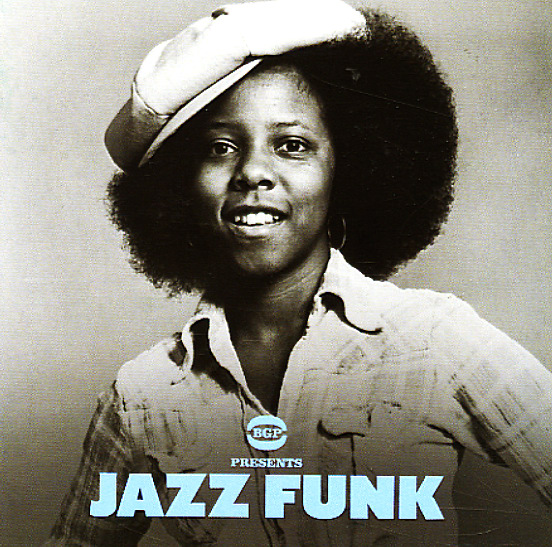 A heavy dose of funky jazz – and one that goes way past the obvious too – to include some real gems from the 70s that even we'd passed up! The package is filled with stellar jazz from the Fantasy Records family – Prestige, Pablo, Galaxy and Fantasy proper – choice numbers by The Blackbyrds, Stanley Cowell, Charles Earland, Patrice Rushen and others – funky jazz, soul, boogie and Brazil-flavored numbers from the top shelf of the diverse period! It's a tight, well chosen compilation with numbers you simply could not overlook in putting a set like this together – productions by the Mizells, Donald Byrd, Earland and others – but there's a few of leftfield choices, too. Simply a great little snapshot of the funky jazz and soul period and the family of labels that generated so much of the most creative music to come from it! 14 tracks and nearly 80 minutes of grooves: Includes "Happy Music" by Blackbyrds, "Close To You" by Marlon McClain, "Let Me Love You (Let Me Be Me)" by Stanley Cowell, "Taj Mahal" by Paulinho Da Costa, "Nov Ano" by Azar Lawrence, "Moon Dreams" by Flora Purim, "Montevideo" by Opa, "Glide" by Pleasure, "Shout It Out" by Patrice Rushen, "If Only I Could Prove To You" by The 3 Pieces and more.  © 1996-2023, Dusty Groove, Inc.