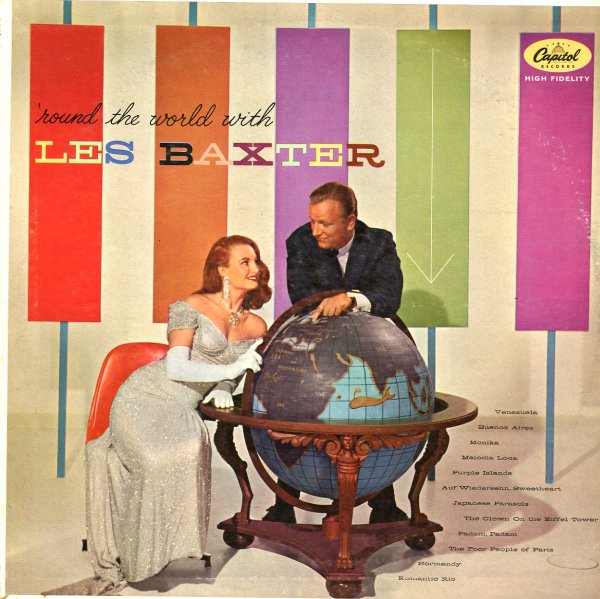 Round The World With Les Baxter

In the years before he hit big with Exotica, Les Baxter had a minor chart instrumental with "The Poor People Of Paris", a dreamy romantic tune that was typical of the lush style he used in his earlier years. After the success of that one, Capitol built this whole album around world-wide themes – and also had Les doing a few nicer Latin-tinged numbers as part of the package. Not the classic Exotic stuff, but with a few nice moments. Tracks include "Japanese Parasols", "Venezuela", "Purple Islands", "Padam, Padam", "Romantic Rio", and "Buenos Aires".  © 1996-2020, Dusty Groove, Inc.
(Original turquoise label pressing. Cover has light aging.)