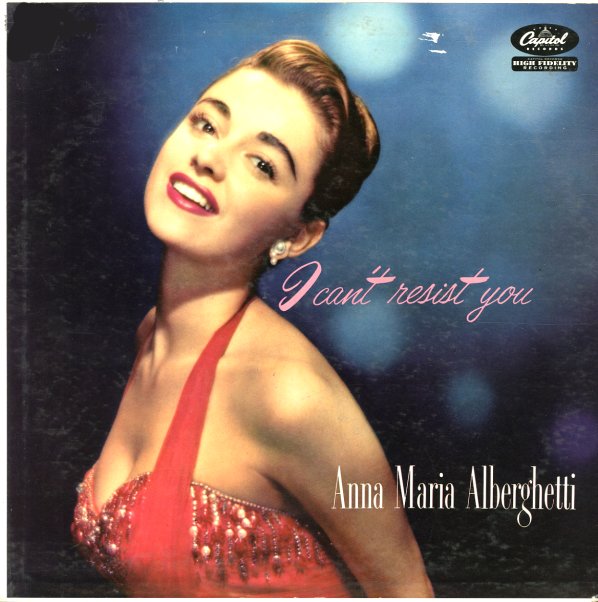 I Can't Resist You

Sweet and dreamy vocals from Anna Maria Alberghetti – a great reminder that she was once a heck of a great singer, in the years before she became the Good Seasons lady! The album's got a soft, gentle feel – one that works perfectly for Anna's singing style – and which offsets her youth by bringing in some more mature shadings of sadness into the arrangements – handled here by Van Alexander with a much more contemporary sound than we're used to hearing. Titles include "I Only Have Eyes For You", "Tenderly", "I Can't Resist You", "I Concentrate On You", "I've Got A Crush On You", and "I'll See You In My Dreams".  © 1996-2020, Dusty Groove, Inc.
(Mono turquoise label pressing. Cover has a small split in the top seam.)