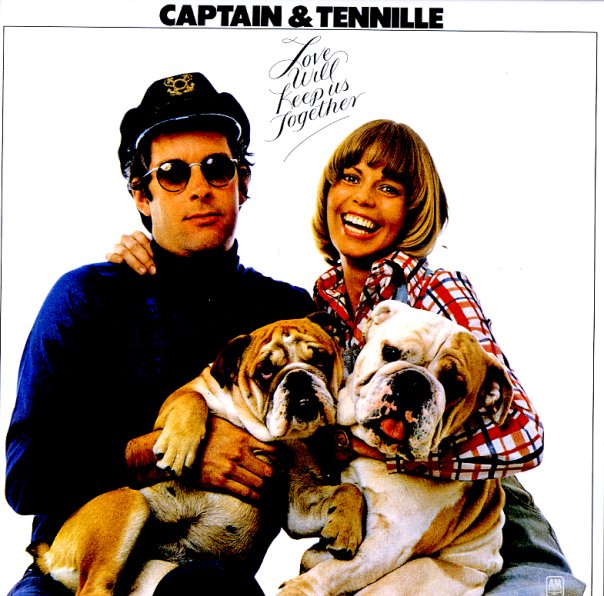 Love Will Keep Us Together

Think what you want about Captain & Tennille – the set's a monumental bit of 70s pop, and one that found a way to push the 60s hipness of A&M Records to the next level! The set's got a mainstream polish, but it's the summation of all sorts of cool elements that had been bubbling under on the LA scene – not the least of which is the career of The Captain, aka Daryl Dragon – a guy with great experience in the studio, and a strong ear for a keyboard line too! The group tip their hat strongly to the Beach Boys – with a great reading of "Disney Girls", and a take of "God Only Knows" that's pretty darn nice too – next to the global hit "Love Will Keep Us Together", and other tunes that include "I Write The Songs", "Gentle Stranger", "Honey Come Love Me", and "The Good Songs".  © 1996-2021, Dusty Groove, Inc.

Crime Of The Century
A&M, 1974. Near Mint-
LP...$19.99 (CD...$4.99)
Pure mainstream 70s pop genius, the most fully-formed of all early Supertramp albums – and a record that's filled with a surprising amount of great Fender Rhodes moments too! The set's a masterpiece from start to finish – filled with themes of loss and loneliness, but served up by the ... LP, Vinyl record album