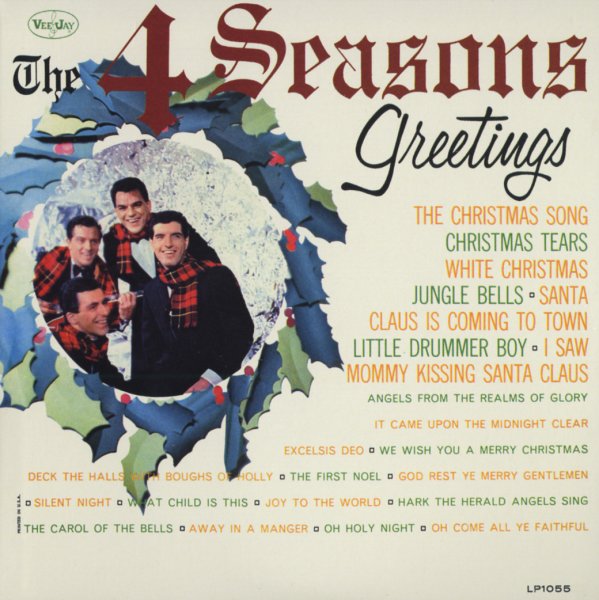 A beautiful Christmas present from Frankie Valli & The Four Seasons – a selection of Holiday tunes all recast with their tremendous harmony sound! The group are surprisingly great in this format – as their music always has this odd undercurrent of melancholy that really brings out the best in the tunes – and which opens up with a deeper feeling than just straight covers of Christmas tunes. Frankie's nose is right out in the lead on most numbers, and thanks to production by Bob Crewe and arrangements by Sid Bass, even familiar tunes are presented here in very fresh versions! Titles include "The Little Drummer Boy", "What Child Is This", "The Excelsis Deo Medley", "Jingle Bells", "White Christmas", "Christmas Tears", and "I Saw Mommy Kissing Santa Claus".  © 1996-2021, Dusty Groove, Inc.
(Mono rainbow label pressing. Cover has light wear, some aging and a partially split top seam.)