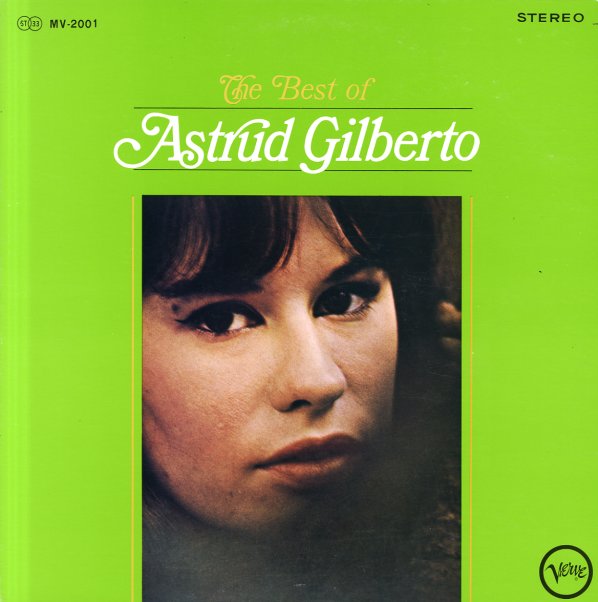 A very nice Japanese collection of 60s classics by Astrud Gilberto – with tracks that include "Agua De Beber", "I Will Wait For You", "Goodbye Sadness", "Meditations", "Certain Sadness", "Dreamer", "Aruanda", "Shadow Of Your Smile", and "Fly Me To The Moon".  © 1996-2020, Dusty Groove, Inc.
(Includes obi, and a nice booklet inside the gatefold! Obi and spine have some light fading.)

September 17, 1969
Verve, 1969. Near Mint-
LP...$43.99
One of the grooviest records ever from the lovely Astrud Gilberto – a session that beautifully mixes her usual bossa nova with bits of Sunshine Pop and other hip late 60s grooves – all in a mode that really takes off a lot more than other Gilberto albums on Verve! The style here is ... LP, Vinyl record album