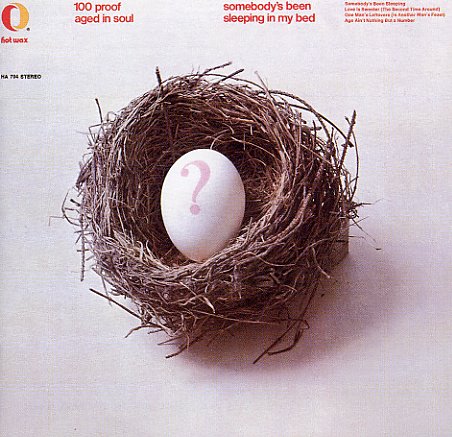 Somebody's Been Sleeping In My Bed

One of the best-remembered groups from the Detroit scene of the early 70s – thanks to the massive title track on this album, and a whole host of other wonderful cuts as well! The group features the great Steve Marcus on vocals – an artist who'd cut some key Northern soul singles for smaller labels in the 60s – but who really bursts out of the box here with great presentation from the Holland Dozier Holland empire! The record features some great songs by General Johnson and Greg Perry – and Perry also handled some of the production work for the record – really pushing the group with the sort of full, rich sound the Chairmen Of The Board brought to their own work. Titles include "Somebody's Been Sleeping", "Too Many Cooks (Spoil The Soup)", "One Man's Leftovers", "Love is Sweeter", "Age Ain't Nothin' But a Number", and "Back Track".  © 1996-2022, Dusty Groove, Inc.
(Cover has light wear and aging, with a small cutout notch.)

Best Of Laura Lee
Hot Wax, 1972. Near Mint-
LP...$11.99
Tasty collection of funky soul tracks by this great singer who recorded briefly in the early 70s for the Hot Wax label. The set includes her legendary breakbeat track "Crumbs Off The Table", sample more than once over the years – plus other titles like "Woman's Love ... LP, Vinyl record album