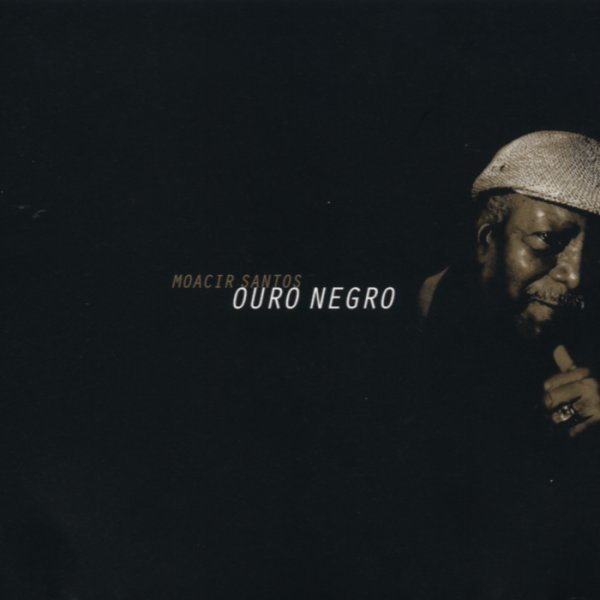 Also available
Moacir Santos — Ouro Negro (Brazillian pressing) ... CD 11.99
A fantastic collection of work by one of Brazil's greatest arrangers ever! Moacir Santos had an approach that was unlike anyone else – more complicated than Jobim, but with a gentle honesty that made any style sound spontaneous in his hands. The 2CD package features new versions of work from a number of different rare albums by Santos – including long out of print 60s sessions, his few Blue Note sides, and a few newer sets – and the sound of the album is very much in the vein of Santos' best moments from the 70s. Guest on the sessions include Ed Motta, Joyce, Milton Nascimento, and Joao Donato – and the quality of the work is impeccable, truly one of the greatest new releases we've heard from Brazil in years! Titles include "Coisa No 6", "Kathy", "De Repente, Estou Feliz", "Anon", "Coisa No 10", "Lamento Astral", "Marcatu, Nacao Do Amor", "Suk Cha", and "Bluishmen". 2CDs – and a great booklet too!  © 1996-2022, Dusty Groove, Inc.
(Out of print.)

Ouro Negro (Brazillian pressing)
Muito Prazer/Universal (Brazil), 1960s/1970s/1990s. Used 2CD
CD...$11.99 (CD...$9.99)
A fantastic collection of work by one of Brazil's greatest arrangers ever! Moacir Santos had an approach that was unlike anyone else – more complicated than Jobim, but with a gentle honesty that made any style sound spontaneous in his hands. The 2CD package features new versions of work ... CD

On The Way
Adventure Music, 2006. Used
CD...$6.99
Sweetly gentle guitar work from Daniel Santiago – a younger player, but one with a style that's already rich in color and tone! Hamilton De Holanda produced the record with Daniel – and the set's got a bit of the feel of his own work – acoustic overall, but with a warm glow that ... CD

Os Filhos Do Vento – Children Of The Wind
Adventure Music, 2004. Used
CD...$3.99
A beautiful little record – with a richly organic feel! Pianist Weber Iago's working here in a style that recalls some of the brilliance of Wagner Tiso in the 70s – but which also comes across without any of Tiso's overly-majestic tones. The instrumentation is mostly spare on the ... CD

Current
Adventure Music, 2011. Used
CD...$4.99
We're not sure if the "current" in the title applies to the fact that Jovino Santos Neto is playing a bit of Fender Rhodes this time around – but we certainly like that change, and it helps give the record an even richer feel than some of his previous albums! As before, there's a ... CD