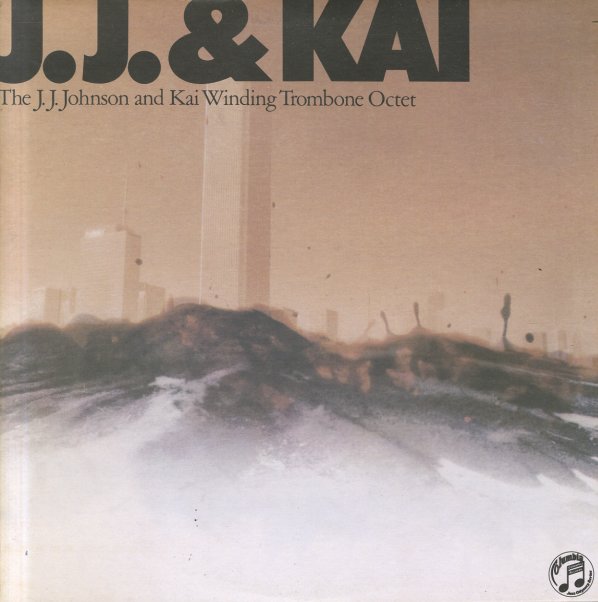 One of the flashiest Columbia sessions from the team of Kai Winding and JJ Johnson – but also one of the best! The record almost borders on gimmicky – with an 8-piece trombone section, and use of the unusual trombonium instrument – but thanks to some deft arranging, the sound is relatively tight without being goofy – and the pair manage to push the use of the trombone in jazz to new levels without resorting to silly tricks, as on Hi Fi albums of the period. Other trombonists include Urbie Green, Eddie Bert, and Jimmy Cleveland – and titles include "Rise N Shine", "Night In Tunisia", "No Moon At All", "Jeanne", "You're My Thrill", "Four Plus Four", and "You Don't Know What Love Is".  © 1996-2021, Dusty Groove, Inc.
(Early 80s Jazz Odyssey pressing.)