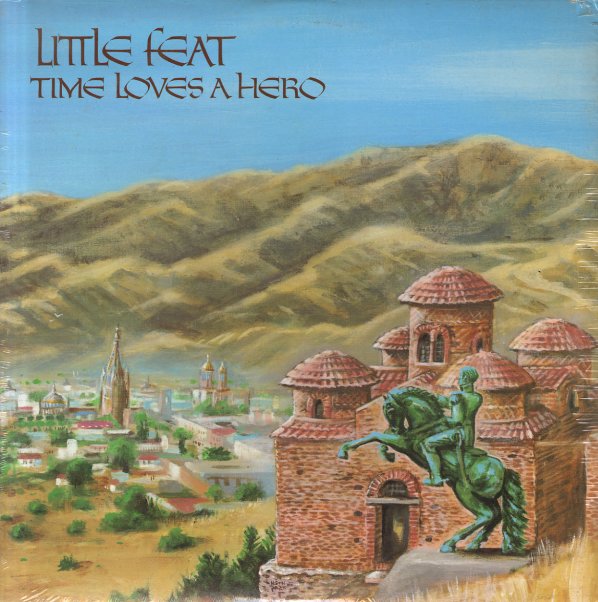 A later album from Little Feat – and one that adds some new dimensions to their ever-searching vibe! On Time Loves A Hero, Little Feat takes some surprising steps – even for them – into a bit of a fusiony rock vibe some of the time. Still, the soulful boogie rock and stripped down folky elements they always worked with are still in play. As always, they make these far-flung styles work together into a cohesive whole! Includes "Time Loves A Hero", "Hi Roller", "Old Folks Boogie", "Red Streamliner", "Rocket In My Pocket", "Missin' You", "Day At The Dog Races" and more.  © 1996-2022, Dusty Groove, Inc.
(Includes the printed inner sleeve. Cover has light wear, but looks great overall.)

Last Record Album
Warner, 1975. Near Mint-
LP...$14.99
Of course, this is not the last record album – it's not even the last album by Little Feat – but it's a damn good one! The Last Record Album isn't restless as the previous few albums, with kind of a laidback groove, overall – and we actually really dig Little Feat in a mellow ... LP, Vinyl record album

Down On The Farm
Warner, 1979. Near Mint-
LP...$11.99
The last album of the 70s by Little Feat – and it's a strange one! On one hand, Little Feat is revisiting some of their country rock and New Orleans-inspired songs of years past – as well as the self-conciously oddball humor. But they're also working in a tighter, leaner and cleaner ... LP, Vinyl record album