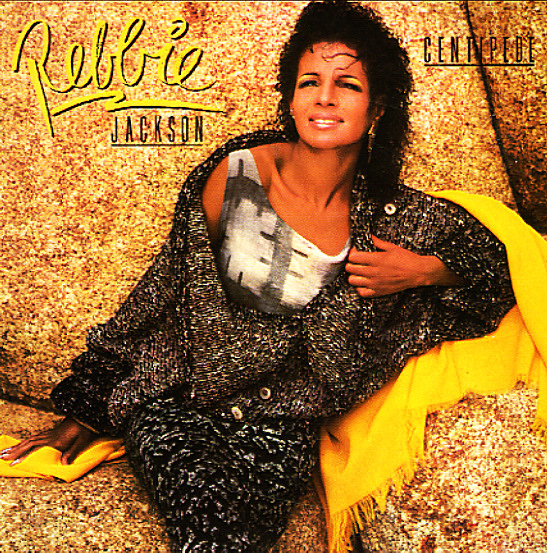 A great set from Rebbie Jackson – a batch of 80s groovers that's way different than work from siblings Michael or Janet – and done with a percolating sort of vibe that's quite different from some of the core projects of the rest of the Jacksons universe! Wayne Henderson handled most of the production for the set, and brings in a nice sense of class that pushes the work far from too-commercial soul – that strong balance that always makes his name on a record one key reason to check it out! There's still a bit of Jackson influence on the vocals – as Rebbie gets help from Michael, Tito, and Randy Jackson – alongside additional guest vocals from Gary Glenn, Patryce Banks, Maxie Anderson, and The Weather Girls. Titles include "Centipede", "Play Me", "Open Up To My Love", "Hey Boy", "Come Alive It's Saturday Night", "Ready for Love", and "A Fork In The Road".  © 1996-2020, Dusty Groove, Inc.
(Includes the printed inner sleeve. Cover has a promo stamp.)

Reaction
Columbia, 1986. Near Mint-
LP...$1.99
A smoking second album from Rebbie Jackson – a set that has Rebbie working with strong production help from two of the bigger aspects of the Columbia Records soul family in the 80s – Tito Jackson and Reggie Lucas, who each handle a handful of songs along with David Conley and Howie Rice. ... LP, Vinyl record album