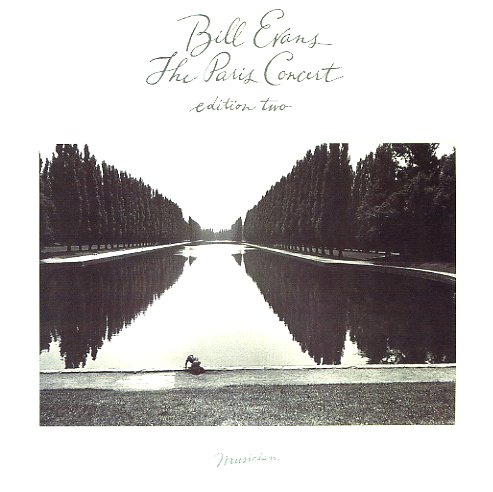 Sublime late live work from Bill Evans – a well-recorded performance for French radio, and one that really stands out from some of the scratchier late 70s concerts on the market! Bill's working here with a sound as sensitive and picturesque as the cover image – never pushing things too hard, but letting each tune unfold organically in waves of sound few other players could conjure up! Trio musicians include Marc Johnson on bass and Joe LaBarbera on drums – and titles on this second volume include "Nardis", "Laurie", "34 Skidoo", "Letter To Evan", and "Gary's Theme".  © 1996-2021, Dusty Groove, Inc.
(Out of print.)

Where In The World?
Elektra, 1990/1991. Used
CD...$11.99
Bill Frisell on guitars and ukulele, Hank Roberts on cello and jazz-a-phone fiddle, Kermit Driscoll on bass, and Joey Baron on drums. CD