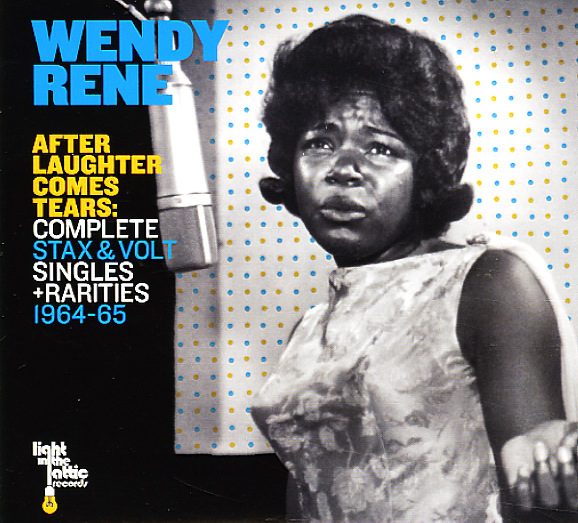 Massive soul from Wendy Rene – one of the lesser-known talents from the Stax Records scene of the 60s, and an artist who's finally getting her due! We're not sure why Wendy never hit bigger at the time – because her singles here are wonderful – excellent female soul that not only ranks with the best of the Stax sound of the time, but which also challenges the bite of some of the best Motown music too – thanks to a particularly northern groove on some of the best cuts here! In fact, it may well be this style – often closer to Detroit soul than the usual Memphis bag at Stax – that might have held Wendy back. But that's hardly an issue all these many years later – and our hat's off to the folks at Light In The Attic for not only bringing together her rare singles, but also collecting unreleased songs, other rarities, and even material performed with the group The Drapels – all recorded in the years 1964 and 1965, and supported by some great notes too. Titles include "Bar B Q", "I Wish I Were That Girl", "What Will Tomorrow Bring", "Last Love", "Crowded Park", "Give You What I Got", "Deep In My Heart", "Wondering", "First Kiss", "Reap What You Sow", "After Laughter Comes Tears", and "He Hasn't Failed Me Yet".  © 1996-2021, Dusty Groove, Inc.