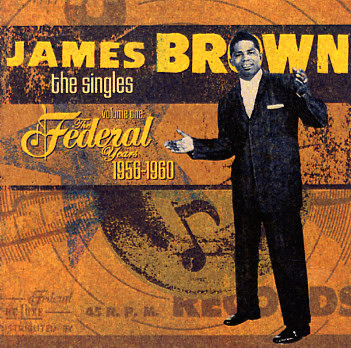 The earliest years of James Brown – presented here as his complete singles for the Federal/King label, including both a and b-sides for each single – and full notes and session information for every release in the set! The 2CD set does an amazing job of excavating this sometimes-murky stretch of James' career – because over the years, the singles were repressed or issued on many different albums over many different years – usually with no proper dates or session information. Hearing them all together here is a real revelation – a 4 year transformation from R&B roots into a hipper kind of soul for the 60s, cast out over 41 tracks that includes one additional demo added to the mix! Titles include "Please Please Please", "Try Me", "Chonnie On Chon", "Gonna Try", "Messing With The Blues", "I Feel That Old Feeling Coming On", "Love Or A Game", "You're Mine You're Mine", "That's When I Lost My Heart", "I Know It's True", "Think", "You've Got The Power", "This Old Heart", "Doodle Bee", "Bucket Head", and "I've Got To Change".  © 1996-2021, Dusty Groove, Inc.
(Out of print, punch through traycard artwork.)

Things Have Changed
Verve, 2018. Used
CD...$7.99
Bettye Lavette on Verve Records – a move that also signals a shift in her music too – in a way that we can really approve! Bettye's getting some richer care in the backings – more of a classic soul approach, in terms of warmth – never trying too hard to cast the singer in ... CD