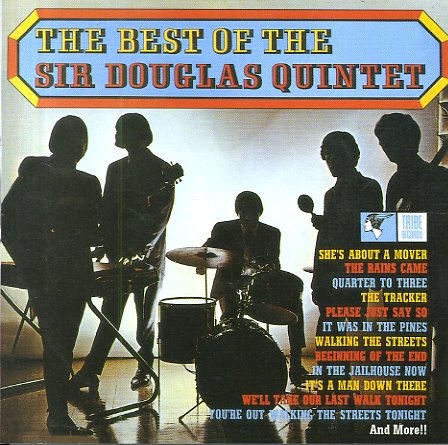 Best Of Sir Douglas Quintet Plus

Floating Into The Night
Warner, 1989. Used
CD...$1.99
A haunting debut from singer Julee Cruise – collaborating with filmmaker/songwriter/producer David Lynch and his Twin Peaks soundtrack composer Angelo Badalamenti! The album was underappreciated at the time, perhaps because its loose connection to Lynch's Twin Peaks and Blue Velvet was too ... CD

One From The Vault
Grateful Dead, 1975. Used 2 CDs
CD...$14.99
One from the vault, but a set that's also seminal work by the Grateful Dead as well – a classic performance done in their home turf – well-recorded, and captured live at the Great American Music Hall in the mid 70s! The best moments here are those long, openly jamming tracks that made ... CD