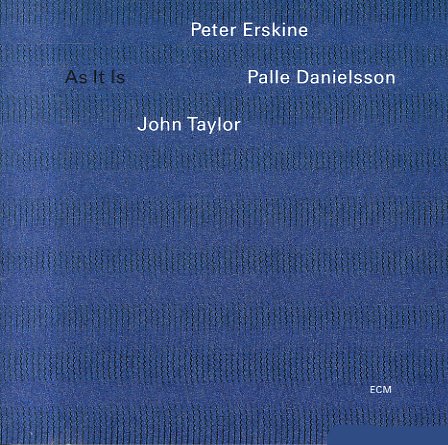 Lovely, melodic material – done in a more nuanced, lyrical realm than you might expect from the drummer Erskine if you're mostly familiar with him from Weather Report. His intuitive interplay with bassist Palle Daniesson is great, but the pianist John Taylor deserves a ton of credit for the mood here – especially on his own compositions, which are arguably the heart and soul of the trio's work together. Tracks include "Glebe Ascending", "Episode", "Esperanca", and "Au Contraire".  © 1996-2021, Dusty Groove, Inc.
(Out of print.)