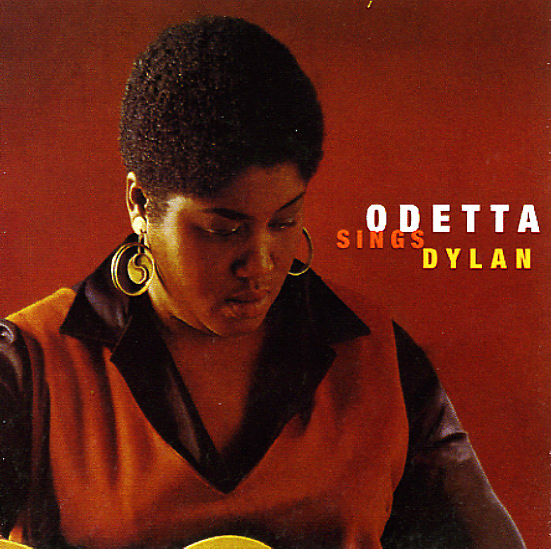 A stripped down, bluesy folk soul set of Dylan tunes by Odetta – returning some kudos to a kid who was hugely inspired by her earlier material in the late 50s – a really beautiful record and possibly one of the best ever Dylan covers albums! Odetta Sings Dylan is actually one of the earliest full LPs of Dylan covers – pretty soon everyone and their brother would be covering him, very few as naturalistic and wonderfully as Odetta! Odetta's perfect vocals and guitar are accompanied by guitarist Peter Childs and bassist Les Grinage, and the titles include "Baby, I'm In The Mood For You", "Long Ago, Far Away", "Don't Think Twice, It's Alright", "Tomorrow Is A Long Time", "Walkin' Down The Line", "Masters Of War", "Long Time Gone" and more.  © 1996-2022, Dusty Groove, Inc.
(Mono black label pressing with deep groove. Vinyl has short click for a few spins on "Times They Are A-Changin".)