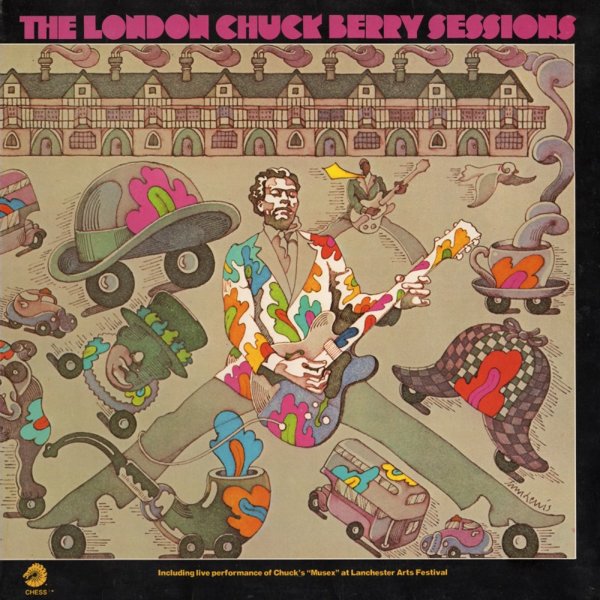 Chuck Berry makes the same London move as some of his other Chess Records contemporaries – and the result is one of Chuck's best albums from the later years! The set's not as star-studded as other efforts of this nature – but that's fine with us because Chuck really shines as the lead star out front, on both vocals and guitar – getting some great gritty backing from players who include Derek Griffiths and Owen McIntyre on guitar, Ian McLagen and Dave Kaffinetti on piano, and Rick Gretsch on bass. The set features a mix of London studio recordings and a few live tracks – and titles include "I Will Not Let You Go", "London Berry Blues", "Let's Boogie", "Mean Old World", "Johnny B Goode", and "I Love You".  © 1996-2020, Dusty Groove, Inc.
(Cover has light wear and a center split top seam.)

Chuck Berry In London
Chess, Mid 60s. Very Good+
LP...$13.99
One of the most continually inventive musicians from the rock years on Chess – stepping out here for a UK performance! LP, Vinyl record album

Treasure Tunes From The Vault – As Advertised On WLS
Chess, Early 60s. Very Good
LP...$0.99
A classic compilation of "oldies", put together back in the day when most of the tunes were only a few years old! The compilation was done by Chess in conjunction with Chicago pop powerhouse station WLS – and it's got a great goofy photo on the front that features all of the young ... LP, Vinyl record album