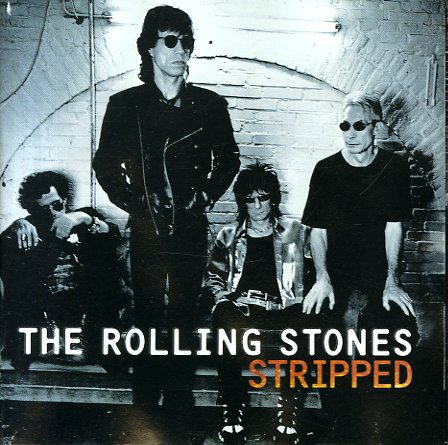 Exile On Main Street – Super Deluxe Edition (2CD/2LP/DVD)
Rolling Stones, 1972. Used 2CD/2LP/DVD
CD...$129.99 (CD...$19.99)
The Rolling Stones at their rawest, most shambling, sleazy and brilliant – the epic, unimpeachable Exile On Main Street! What can we say about one of the most iconic LPs of all time other than chime in with our agreement that it's one of the greatest rock albums ever! Big choruses come and ... CD

12 x 5 (Japanese SACD pressing)
Abkco/Universal (Japan), Mid 60s. Used
CD...$29.99
Essentially early Stones! 12 X 5 is The Rolling Stones at a very early, hard grooving peak, way back in '64. It's ground breaking stuff, in they they truly pave the way for so much of the soul, blues and R&B loving Anglos to come out of the Brit and US scenes in the months and years to come. ... CD

Exile On Main Street (deluxe 2CD edition)
Virgin/Universal, 1972. Used 2CD
CD...$19.99 (CD...$129.99)
The Rolling Stones at their rawest, most shambling, sleazy and brilliant – the epic, unimpeachable Exile On Main Street! What can we say about one of the most iconic LPs of all time other than chime in with our agreement that it's one of the greatest rock albums ever! Big choruses come and ... CD

Fish Rising (expanded – with bonus tracks)
Virgin (UK), 1975. Used
CD...$8.99
Great post-Gong work from Steve Hillage – an album of gently progressive tracks that really makes some wonderful use of his talents on guitar! The record's got a slightly shimmering quality that's a bit in keeping with the spirit of the title – and the sound is something of a ... CD