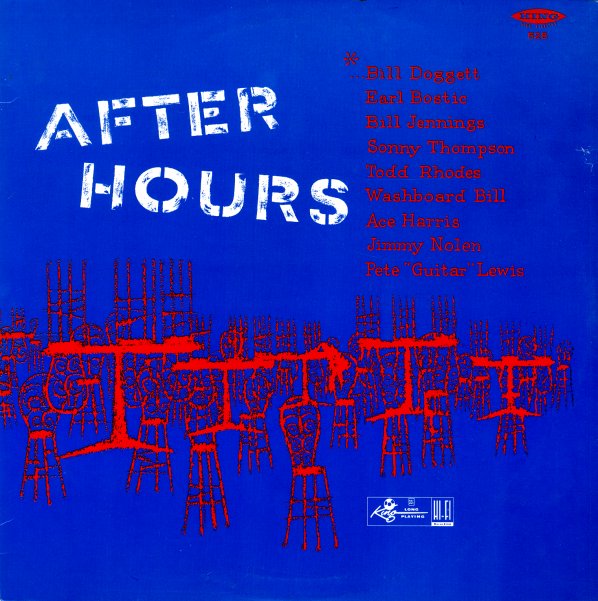 A classic 50s compilation from the legendary King Records – one that really shows off the grittier, bluesier side of their catalog – and features some key crossover cuts from the postwar years too! The music here is a wonderful mix of modes – instrumental R&B, jukebox jazz, and some rootsier blues – all captured with that core intensity that really made King's singles stand out from the rest of the pack – maybe even more than labels like Chess or Vee Jay at the time. The tunes work together wonderfully, in a surprisingly unified vibe – and titles include "Long Gone (parts 1 & 2)" and "Mellow Blues (parts 1 & 2)" by Sonny Thompson, "After Hours" by Jimmy Nolen, "What's New" by Bill Jennings, "Midnight To Dawn" by Earl Bostic, "Ooh Midnight" by Pete Guitar Lewis, "In The Morning" by Washboard Bill, "Eventide" by Bill Doggett, and "Blues For The Red Boy" by Todd Rhodes.  © 1996-2023, Dusty Groove, Inc.
(Heavy black label pressing, with deep groove – and yellow print/text on front. Cover has tape on the top seam, some light staining, and a missing patch near the top. Vinyl is nice and clean.)