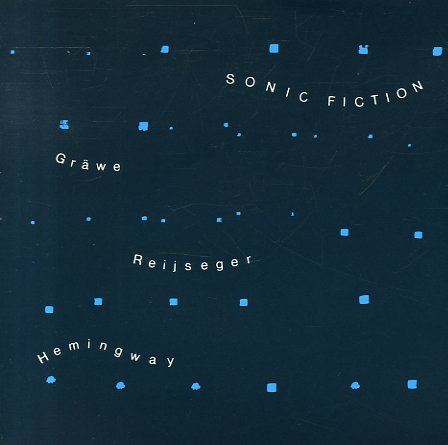 The title's "sonic fiction", not "science fiction" – but the sound here draws a great deal from that confusion of terms – as the blend of elements in the set often has a stark, almost academic nature – a sound that's as cerebral as it is experimental – and quite different from a more organic set of free improvisations! The trio here features Georg Graewe on piano, Ernst Reijseger on cello, and Gerry Hemmingway on drums – and the work was all recorded live at a museum in Germany at the end of the 80s – a setting that may have had something of an influence on the sound. Titles include "Alien Corn" in three parts – plus "Aspects Of Somnambulism/Demure Scuttle", "Fangled Talk", "Masting", and "Fibulation".  © 1996-2021, Dusty Groove, Inc.
(Out of print.)