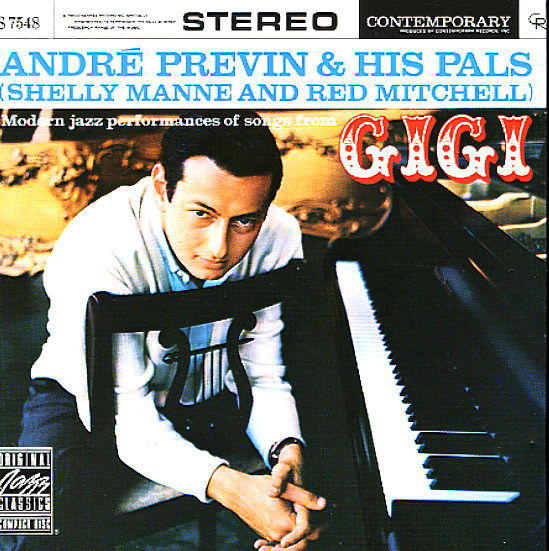 Andre Previn's got some very hip pals here – drummer Shelly Manne and bassist Red Mitchell – both frequent partners during the late 50s, especially on this classic run of jazz-Broadway records for Contemporary! The spirit here is very much like that of the famous My Fair Lady date made by the trio – a strong extrapolation of familiar tunes from a hit show – taken way out into instrumental jazz territory – with less thought of the core melody, and more focus on the tunes use as vehicles for jazz improvisation. Previn's piano has hardly sounded better – and more creative, both in tone and timing – an inspiration that certainly comes from Manne's inventive drum work – and titles include "Aunt Alicia's March", "I Remember It Well", "The Parisians", "She Is Not Thinking Of Me", "Thank Heaven For Little Girls", and "A Toujours".  © 1996-2021, Dusty Groove, Inc.
(Mono yellow label pressing with deep groove.)