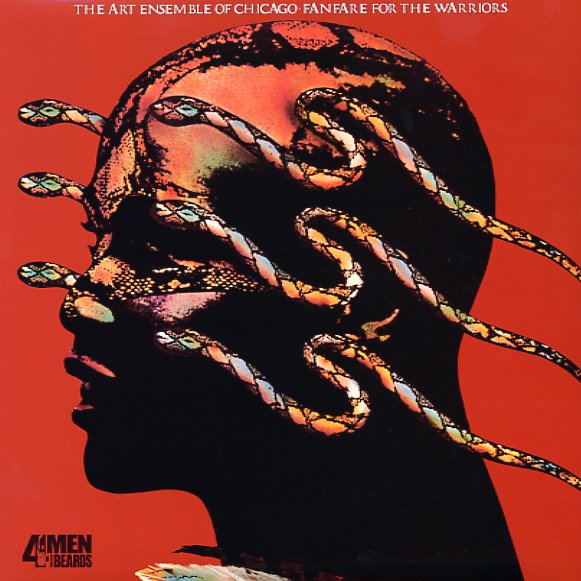 Fanfare For The Warriors

A beautiful little record from the Art Ensemble of Chicago – and although performed for a bigger label than some of their previous indie outings, the set may be one of the most dynamic the group ever recorded! Atlantic Records is clearly giving the group a lot of space here – as they're recording in Chicago, in a relatively free setting – able to stretch out and change things up with amazing energy – never just free jazz exploration, but a very rich, complicated, well-considered approach to their many layers of instrumentation and rhythm! Muhal Richard Abrams makes a great guest appearance on the record – adding in some wonderful piano passages – and the set includes the usual mix of reeds, percussion, and vocals – plus the beautiful bass work of Malachi Favors. Tracks include "Nonaah", "The Key", "Tnoona", and "Fanfare For The Warriors".  © 1996-2021, Dusty Groove, Inc.
(Original pressing. Cover has a small cutout mark and a promo sticker.)