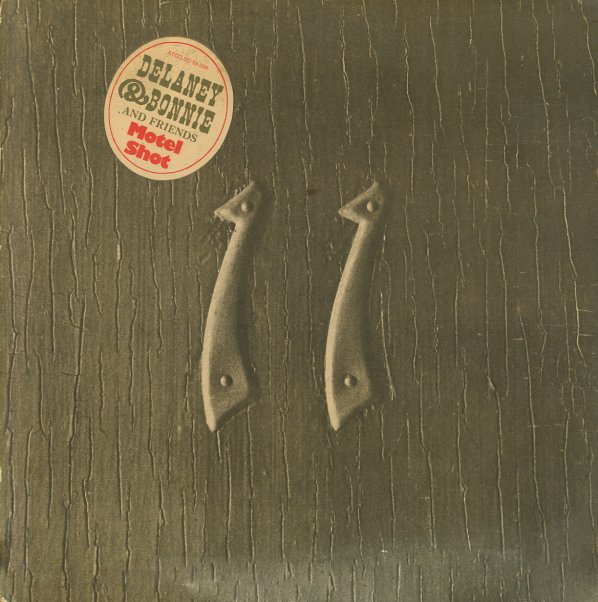 Maybe one of the purest expressions of the genius of Bonnie and Delaney Bramlett – an album that was recorded to feel like it was done in a motel room – with a stripped-down vibe that really gets at the best energy of the pair! Roots rock mixes with blue-eyed soul, gospel piano, and folksy acoustic guitar – often handled with an approach that feels very spontaneous and personal – as if you were a motel staffer standing outside the door of the duo's room, waiting to deliver a meal, but afraid to knock in the middle of a tune! Titles include "Where The Soul Never Dies", "Come On In My Kitchen", "Faded Love", "Talkin Bout Jesus", "Never Sending Song Of Love", "Goin Down The Road Feelin Bad", and "Long Road Ahead".  © 1996-2020, Dusty Groove, Inc.
(Includes insert.)