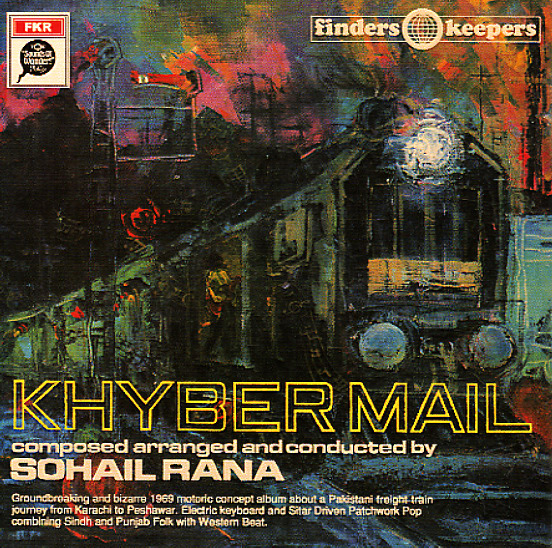 Psychedelic electric keyboard grooves and funky sitar based soundscapes from Sohail Rana – an accomplished Lollywood film music composer who also released some tripped out, groovy and more experimental records back in the day! Khyber Mail is just such a treasure – a great record that was funded by EMI Pakistan in 1969 – with a really unique sound! Global psych pop, soul and funk influences meld with Sindh and Punjab folk inspiration, plus rhythms and melodies that would sound unique from anyone, anywhere! Includes "Khyber Mail", "Al-Vida", "Saat Maatray (Seven Beats)", "Soul Sitar", "Harvest Time", "Cobra Sway", "Indus Waves", "Chandni Aur Tum (Moonlight And You)", "Alladin" and "Shahbaz Qalandar (Sound Of Wonder)".  © 1996-2021, Dusty Groove, Inc.
(Out of print.)